Big Ramy was born in Al-Sebea near Baltim city in Burullus district, Kafr El Sheikh Governorate, Egypt. He worked as a fisherman, where he went to Kuwait, before he started to train professionally.

Big Ramy earned his IFBB pro card by winning the overall title at the 2012 Amateur Olympia in Kuwait City, just three years after he started training. 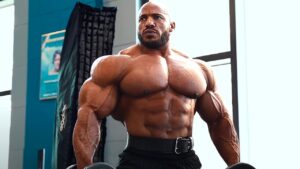 For a man with muscles, there is nothing like strength training in a gym.

The benefits of strength training are mental, as well as physical, and last a lifetime.